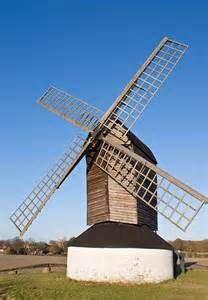 LUCY AND THE WINDMILL for Flute, Oboe & Piano
Our disabled daughter, Lucy, was at the National Centre for Young People with Epilepsy (now named Young Epilepsy). When my wife and I (my wife Sarah is a flautist) were offered the opportunity to perform in the Uckfield festival in 2006 we asked that our concert should be a charity event and that the festival would promote the NCYPE ‘Windmill Fund’ The name of this fund came from the first house built in the redevlopment programme at NCYPE which, on the plan, looked like the sails of a windmill. “Lucy and the Windmill” was given its first performance at this concert.

TRIO for 2 Oboes & Cor Anglais
This piece is dedicated to the memory of Jenny Caws who played in the first performance of the work. Jenny was a very close friend for many years. We had studied together at the Royal College of Music after which she went on to be principal oboe with the BBC Scottish Symphony Orchestra. When she came back ‘down south’ we worked together in many playing and teaching situations around Sussex and the south-east.

The work has five movements: 1. Prelude; 2. Meditation; 3. Invention; 4. Swing; 5. Scherzo. In the third movement the 2nd oboe changes to Oboe D’Amore and in the fourth movement both the 1st & 2nd Oboes change to Cor Anglais. However. the fourth movement may be played on 3 Oboes instead of 3 Cors and the D’Amore part will work on the Oboe (transposition provided).  Approximate duration 9’30”   Price £9.95

THREE MORE VILLAGES for 3 Oboes and Bassoon
This is a sequel to the above piece. The Double Reed Dazzlers had enjoyed the first piece so much that it was ‘suggested’ that I write another. As the Mid-Sussex Suite had used the names of local villages in the movement titles I wrote this second set, hence the title, “Three More Villages”. This was the second of four works written for the Dazzlers over a period of about 5 years. It was a real pleasure to write for such committed and motivated young players and their brilliant teacher Jenny Caws. Each piece became more advanced as the players themselves developed. The movements of this piece are: 1. Bolney Beguine; 2. Lindfield Landler; 3. Plumpton Polka.   Approximate duration 4 minutes                    Price £6.95

A COMEDY IN THREE ACTS for Saxophone Quartet
Commisioned by the Northern Saxophone Quartet, this work is in three contrasting sections which are played continuously. After a rythmic opening section, the second section is very mournful, representing the often over-the-top pathos found in many popular comedy films. The final section represents a chase episode often a feature of comedy shows and films.  Approximate duration: 5 minutes      Price £9.95

TWO PIECES for Trombone Quartet/Ensemble
This is a fairly straight-forward piece for Trombones which can be played with either one player to a part, or several. The two movements are Ballad and Waltz.  Approximate duration 4 minutes.    Price £4.95

LITTLEWICK SUITE for Two Pianos
This was a commission for the 10th Anniversary of Littlewick Music Week. The four movements are:
1. Prelude; 2. Capriccio; 3. Pas de deux; 4. Finale.  Each movement is dedicated to someone closely involved with Littlewick Music Week throughout its ten years.  Approximate duration: 9’30”    Price £9.95

OTHER PUBLISHERS OF MY CHAMBER MUSIC