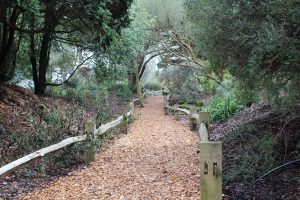 SUSSEX CENTENARY OVERTURE
This work was written for a Gala Concert at the Royal Albert Hall to celebrate (as the title suggests) the centenary of the County of Sussex. I conducted the first performance myself which was given by the East Sussex Wind Orchestra, which I co-founded and co-directed.

The character of the piece is very much one of exuberant celebration. After a short fanfare-like opening the first subject appears on the clarinets. The second subject, a lyrical theme, immediately follows in the woodwind but with the momentum maintained by a continuous quaver accompaniment shared between trumpets and stopped horns. This builds to a tutti statement of the first theme Then follows a ritualistic section in which the timpani feature strongly. Changing rhythm patterns keep the piece driving forward until the second theme reappears played by the brass section with rippling woodwind support. A restatement of the initial fanfare leads to a fugue based on he first subject with a rhythmically diminished version of the ritualistic theme as the counter-subject. The fugue culminates in a tutti recap of the first subject. The second theme now resurfaces as a Walton-esque processional leading to a final flourish of the first subject which drives the work to a rousing finish. Approximate duration 5 minutes              Price: £40.00

CONCERTO for Oboe and Wind Orchestra
The oboe can be all too easily overwhelmed by a large wind ensemble so I have taken a leaf from the book of the Baroque and early Classical composers sometimes using the oboe in a solo role, sometimes as part of a small concertante group (usually with upper woodwind and/or bassoons) and sometimes as part of the overall texture. Despite this approach, I have tried to write a piece very much in the wind band idiom and not just try to recreate another Marcello or Mozart concerto.

The first movement opens in F major and immediately introduces the main motif, a leap of a minor ninth falling back to the octave. The rhythmic pattern of the opening bars also plays a major part throughout the whole work. The second subject, initially in A minor, is soon introduced over a pulsing rhythm on muted trumpets and stopped horns. The material from both subjects is then developed in a variety of ways before leading into a fairly substantial cadenza for the solo oboe. The movement ends with a flourish.

The second movement is in ternary form. The first section in F minor is based on a short elegy which I wrote after the death, in the summer of 2001, of Sidney Sutcliffe, to whom the work is dedicated. Jock (as he was universally known) was my teacher at the RCM and became a very close friend in subsequent years. The elegy was originally meant simply for my own private use but when I came to write the concerto it seemed like a nice idea to use it and dedicate the whole work to Jock. The central contrasting section of the movement is much perkier, even slightly jokey. It consists of contrapuntal writing over fairly static harmonies and includes a short fugal section leading back into a recap of the elegiac section, now in C minor and more lightly scored. Only woodwind, double bass and some light percussion are used in the scoring of this movement.

LEWES PICTURES
This four movement orchestral suite was composed for the South Downs Youth Orchestra who gave the first performance in Lewes in June 2008. Each movement depicts some aspect of the life of the East Sussex County Town.

1) Lewes awakes
Early morning, and the people of Lewes head for their places of work or study. An intermittent ground base figure (mainly on pizzicato cellos and basses) represents the repetitive daily journeys made by the town’s residents as they follow the same morning routine. Two outbursts of road rage can be heard as tempers fray. The movement settles to its ending as the working day begins.

2) A hot day on the Downs
The sun beats down on the exposed Sussex Downland. As the temperature rises the air becomes more sultry. The scoring thickens with the growing heat before relaxing into the relative cool of the evening.

3) Martyrs
This hymn-like lament commemorates the martyrs burned at the stake in the town. The simple statement of the main theme on clarinets and bassoons at the beginning grows into a full orchestral setting before the atmosphere of lament returns at the end of the movement.

Customised arrangements
Having run many woodwind ensembles myself over the years, I know how difficult it can be to find music to fit the particular group of instruments that you have available. It can be so frustrating to find a piece which seems to fit perfectly the group and standard you are looking for, only to have one vital instrument in the arrangement not available to you; – or, on the other hand, you end up cobbling together parts for instruments you do have which are not in the original score. All my pieces were written to meet the instrumentation of specific groups. With this in mind, for just double the purchase price of any of these woodwind ensembles I will tailor the piece to fit your particular requirements – within reason! If you would like to avail yourself of this service please ring me or send an email stating exactly what your needs are and I will let you know whether I can adapt the piece appropriately.

OTHER ENSEMBLES
The following 5 pieces are light-hearted works for mixed-ability double reed ensembles. In the style of concerti grossi they have a solo group of 4 players with parts for any number of players of a wide range of abilities. In Nos. 1 & 2 the solo group consists of 3 Oboes & Cor Anglais. In the others the solo group is 2 Oboes, Cor Anglais & Bassoon. The pieces were all written for ‘mass play-ins’ on Double Reed days.

The following 3 pieces can be played by a trio of intermediate flautists or by a larger group. In addition to the 3 main parts there are 3 other parts of different standards, – one fairly easy, one intermediate and one more demanding. The pieces may be used separately or performed as a three movement suite.

Each piece is priced at £6 a set

Tales from the Vienna Flutes

Set of Parts
All the works on this page are supplied with a full score and one copy of each instrumental part. They also come with my full permission to copy parts as necessary to meet the requirements of your particular group of players.

OTHER PUBLISHER OF ENSEMBLE MUSIC